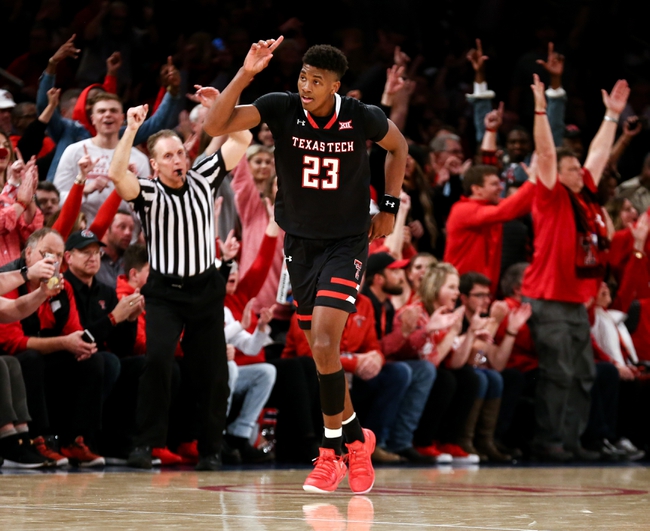 The 11th ranked Texas Tech Red Raiders will travel to WVU Coliseum to take on the West Virginia Mountaineers this Wednesday night in College Basketball action.

The 11th ranked Texas Tech Red Raiders rebounded from their first loss of the season agianst the Duke Blue Devils, to easily defeat the UT Rio Grande Valley Vaqueros, 71-46, this past Friday night to improve to 11-1 on the season. Texas Tech dominated UT Rio Grande Valley on both ends of the court and had no trouble paying away in the 2nd half after taking a 48-35 lead with 13:45 left in regulation. Texas Tech shot 53.8% from the field while holding the Vaqueros to just 32.7% from the field and 31.3% from beyond the arc in the victory. Leading the way for the Red Raiders was Deshawn Corprew who had a double-double with 13 points, 10 rebounds, 3 steals, and an assist.

Defensively, Texas Tech is holding their opponents to an average of 52.3 ppg on 32.8% shooting from the field. The Red Raiders have a rebound margin of 7.1 and a turnover margin of 4.3.

Defensively, West Virginia is allowing their opponents to average 73.3 ppg on 41.6% shooting from the field. The Mountaineers have a rebound margin of 7.1 and a turnover margin of -2.1.

Texas Tech has struggled ATS as of late, however, I was shocked to see this line so low even if West Virginia is playing at home. Texas Tech is arguably the best defensive team in College Basketball and comes into this game ranked 2nd in scoring defense, and 1st in defensive FG%. West Virginia doesn’t look anything like the teams we’ve seen over the past few years and come into this game ranked just 305th in turnover margin and 270th in FG%. West Virginia couldn’t get anything going offensively agianst another solid defensive team in the Florida Gators and as I expect the Red Raiders to keep the Mountaineers around 55-60 points, I’m taking Texas Tech to cover this road spread.