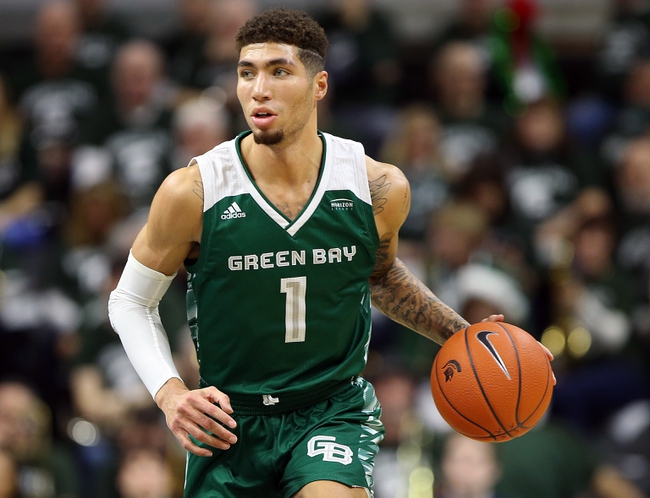 The Youngstown State Penguins will travel to the Resch Center to take on the Green Bay Phoenix this Thursday night in College Basketball action.

The Youngstown State Penguins lost their 3rd consecutive game and dropped to 4-11 (0-2 Horizon) on the season after being defeated by the Oakland Golden Grizzlies, 76-74, this past Sunday. Youngstown State fought back from a 69-60 2nd half deficit to take a late lead, however, the Penguins couldn’t hold on for the much needed victory after a Golden Grizzlies three-pointer by Karmari Newman gave Oakland the lead for good with:22 seconds left in regulation. Youngstown State shot 50.9% from the field however, allowed Oakland to shoot 55.8% from the field & 50.0% from beyond the arc in the loss. Leading the way for the Penguins was Darius Quisenberry who had 21 points, 3 assists, 1 rebound, and a steal.

Defensively, Youngstown State is allowing their opponents to average 81.0 ppg on 47.0% shooting from the field. The Penguins have a rebound margin of 3.7 and a turnover margin of -1.7.

The Green Bay Phoenix snapped their 3-game losing streak and improved to 7-7 (1-0 Horizon) on the season after defeating the Milwaukee Panthers, 92-82, this past Saturday. Green Bay trailed by a 42-39 margin at halftime, however, dominated Milwaukee on the offensive end in the 2nd half and pulled away after taking an 81-71 lead with 3:54 left in regulation. Green Bay shot 50.0% from the field and committed just 9 turnovers in the victory. Leading the way for the Phoenix was Sandy Cohen III who had 28 points, 6 rebounds, and 4 assists.

Defensively, Green Bay is allowing their opponents to average 80.4 ppg on 43.7% shooting from the field. The Phoenix have a rebound margin of -3.6 and a turnover margin of 4.2.

Youngstown State has lost 7 of their last 8 games and has really struggled defensively this season as they rank just 328th in scoring defense & 313th in defensive FG%. Green Bay bounced back with a nice victory after a tough 3-game road stretch that included games against Michigan State & Creighton. Green Bay struggles defensively as they rank just 323rd in scoring defense, however the Phoenix know how to score the ball as they rank 18th in scoring offense & 96th in three-pointers made per game. Youngstown State will probably be able to put some points up on the board agianst the Phoenix however, between the fact that Youngstown State is just 1-5 on the road and that Green Bay could put up 100-points against the Penguins defense, I’m taking Green Bay to cover this double-digit home spread.