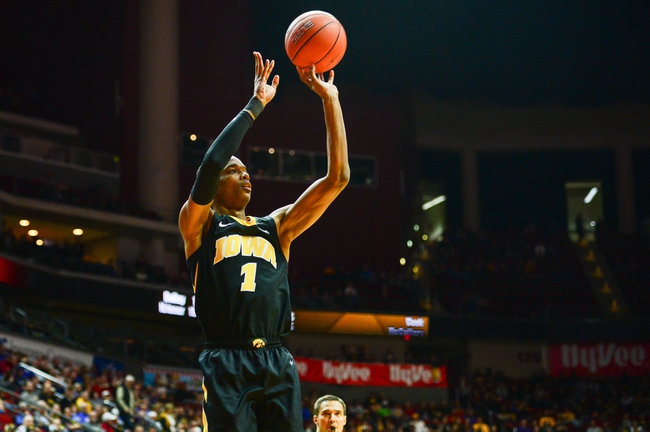 The Iowa Hawkeyes come into this game looking to build on their current 5-game winning streak after a 72-67 win over Bryant in their last outing. Tyler Cook led the Hawkeyes with 19 points along with team-highs of 12 rebounds and 6 assists for the double-double while Jordan Bohannon added 5 threes as part of his 17-point outing. Nicholas Baer added 12 points with a whopping 5 blocks while Joe Wieskamp chipped in 10 points to round out the scoring in double figures for Iowa in the winning effort. Cook leads Iowa with an average of 16.8 points and 8.5 rebounds per game while Connor McCaffery leads the Hawkeyes with 3.3 assists per game this season. As a team, Iowa is averaging 83.2 points per game on 47.2% shooting from the field, 35.5% from behind the arc and 74.1% from the foul line this season.

The Purdue Boilermakers will look to build on back-to-back wins after a 73-62 win over Belmont in their last outing. Carsen Edwards led Purdue with 24 points on 9 of 21 shooting with 3 threes and 3 steals while Matt Haarms added 12 points with 8 rebounds and 3 blocks as the only other Purdue player to score in double figures in the winning effort. Grady Eifert led the Boilermakers with 9 rebounds as well in the win. Edwards leads Purdue with an average of 25.8 points and 3.5 assists while Eifert leads the Boilermakers with 5.2 rebounds per game this season. As a team, Purdue is averaging 78.4 points per game on 45.6% shooting from the field, 37.2% from behind the arc and 74% from the foul line this season.

Anyone who has followed me this season knows that I’m not particularly high on Purdue, as I think the Boilermakers rely too heavily on Carsen Edwards to shoulder the scoring load. Iowa hasn’t played an overly tough schedule, and their two losses this season have come in conference play. However I think the Hawkeyes have a talent advantage here and can take this one to the wire so I’ll take a shot with Iowa and the points here.