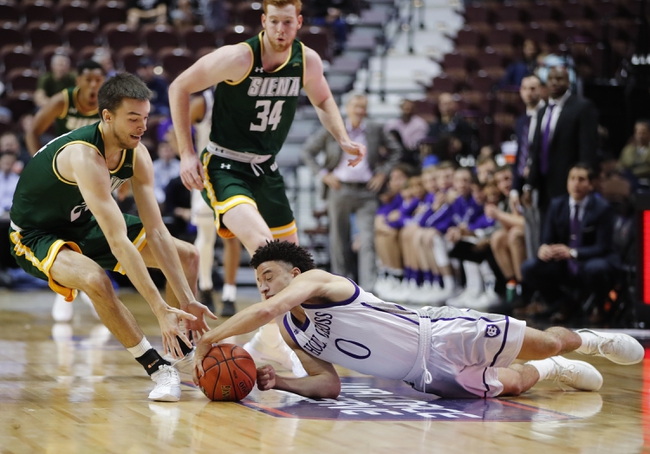 The Siena Saints ended their non-conference schedule with a 75-54 rout of visiting Cal Poly as a seven point favorite on Saturday. Siena took an eleven point lead in to the break and pulled away behind a 51%-44.2% shooting edge with a 14-29 effort on three’s.

The Saints relied on the production of Evan Fisher and he responded with a contest high 26 points and eight rebounds on 11-19 marksmanship with Jalen Pickett adding 16 points, five pulls and eleven helpers.

Sloan Seymour gave Siena 12 points on 4-9 from beyond the arc followed by Kevin Degnan with six points and nine rebounds on 2-4.

The Saint Peter’s Peacocks improved to 3-9 with an 83-80 OT win against visiting Hampton as a two point favorite. Saint Peter’s managed a 49.2%-39.3% edge in marksmanship which was the deciding factor.

Davauhnte Turner was the Peacocks top weapon with 23 points, five pulls and six assists on 8-16 accuracy and 5-7 at the line with Samuel Idowu adding 20 points and seven rebounds on 8-11 from the floor.

St. Peter’s saw 18 points and six boards from Quinn Taylor on 5-7 from the floor and 6-6 at the stripe followed by a seven point, seven board effort from Dallas Watson.