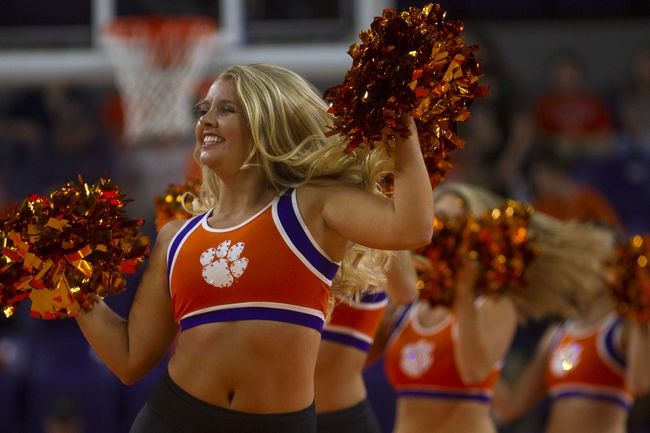 The Clemson Tigers and the Georgia Tech Yellow Jackets meet in college basketball action from McCamish Pavilion on Tuesday.

Clemson enters this one at 14-12 so far. Following a recent three-game losing streak, Clemson has won three straight, taking out Pittsburgh, Louisville and Boston College during that time.

Over on the Georgia Tech side, they’re 13-14 this year. In their last four games, Georgia Tech is 2-2 with wins over Louisville and Wake Forest between losses to Pittsburgh and Syracuse.

In the loss to the Orange, Georgia Tech’s Moses Wright posted a double-double on 33 points, 10 rebounds and two assists. Also in double-figures for the Yellow Jackets there was Michael Devoe with 11 points, four assists and two rebounds.

Over this three-game winning streak, Clemson has been playing some of their best ball of the season. They’ve posted 72 or more points in each of those games, beat ranked Louisville by 15 and then followed that up with an 18-point win over BC. Clemson is rolling.

Georgia Tech could pose a few issues for Clemson here however, as the Jackets are pretty good scorers themselves. With a comfortable atmosphere at home I’m going to take Georgia Tech to eke into a cover in what should be a really fun game. Don't miss this one.