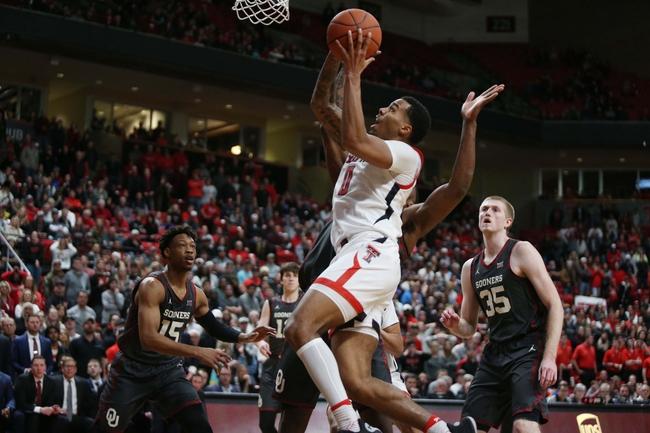 The Texas Tech Red Raiders and the Oklahoma Sooners meet in college basketball action from Chesapeake Energy Arena on Tuesday.

Texas Tech is currently 18-9 on the year. Since their most recent loss—73-70 at Oklahoma State—Texas Tech has won their last pair of games versus Kansas State and Iowa State.

Over on the Oklahoma side, they’re 16-11 this year. The Sooners are on a three-game losing streak right now, falling to Kansas, Baylor and Oklahoma State in succession during that time.

In the loss to Oklahoma State, Oklahoma’s Austin Reaves led the team on 24 points with seven rebounds and two assists. Both De’Vion Harmon and Kristian Doolittle had 11 points apiece there, combining for two assists and nine rebounds as well.

Texas Tech had the misfortune of running into a tough OK State team at home a couple weeks back, but they’ve bounced back well with a seven-point win over Kansas State and a 30-point road win over Iowa State. It seems okay to trust Texas Tech again right now.

As for Oklahoma, they haven’t had great results lately against the tougher teams, but they’ve proven they can surprise from time to time. Still, I’m feeling like Texas Tech is the safer pick here. The line is a little tight but it still looks okay right now.