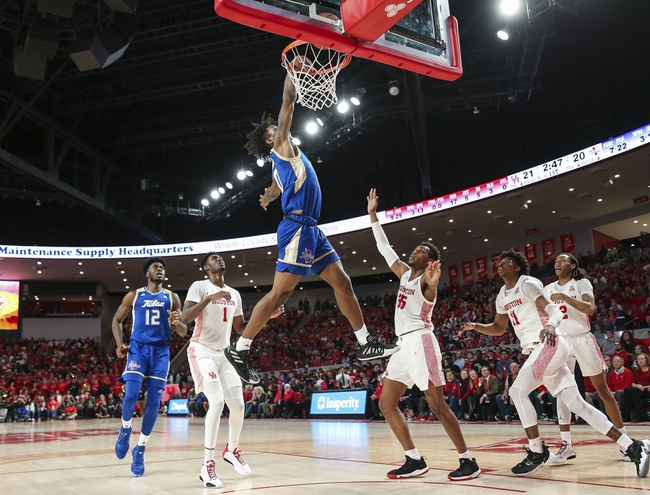 The Tulane Green Wave and the Tulsa Golden Hurricane meet in AAC college basketball action from the Donald Reynolds Center on Tuesday night.

The Tulsa Golden Hurricane will try to rejoin Cincinnati and Houston at the top of the AAC mountain, sitting at 10-4 in conference play after a 79-57 win over SMU last time out. Martins Igbanu leads Tulsa in scoring wit 13.3 PPG while Brandon Rachael is 2nd with 12.6 PPG and a team-high 6 RPG this season. Jeriah Horne has 11 PPG while Elijah Joiner has a team-high 3 APG this season. As a team, Tulsa is averaging 68.8 points on 44.5% shooting from the field, 30.9% from 3-point range and 71% from the foul line while allowing opposing teams to average 64 points on 39.7% from the field and 29.1% from 3-point range this season. Tulsa is 13-2 straight up and 10-5 against the spread at home this season.

Tulane has picked up some pretty decent wins in their last couple of games against SMU and UCF, but the problem for me is that even with a couple of tough losses, Tulsa is the better team here playing better basketball. Tulsa has done a good job lately on both ends of the court, and I think the Golden hurricane suffocate the Green Wave here, so I’ll lay the points with Tulsa at home in this one.