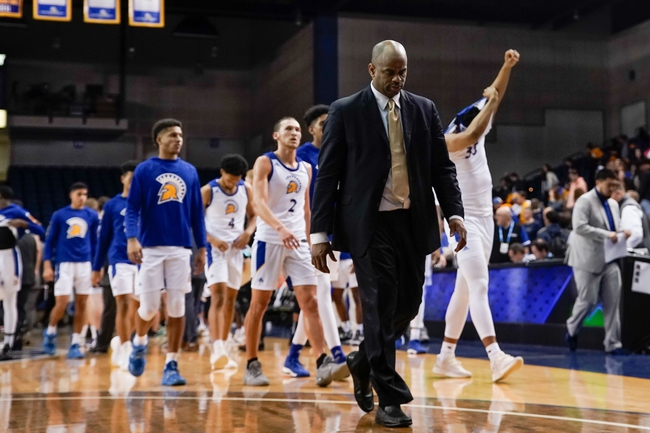 The San Jose State Spartans are just an awful basketball team on the season, on the road and in their last five games. The San Jose State Spartans are a team we've blindly faded over the years, and they're not profitable this season at 13-14 against the spread. The Utah State Aggies seem to have gotten back on track, and they win at home by an average of 24.6 points while allowing just 35.7 percent shooting from the field. This is a monster number to lay, but I have no choice. I'll take the Utah State Aggies in a comfortable home victory.