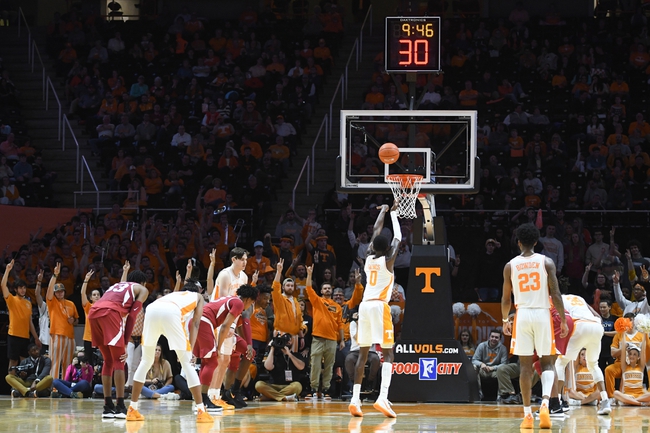 These teams met two weeks ago and the Tennessee Volunteers won by 21 points while shooting 49 percent from the field. The Arkansas Razorbacks are still 9-7 against the spread at home where they win by an average of 13.3 points and allow just 41.7 percent shooting from the field. The problem is Arkansas hasn't been the same team since that loss to the Kentucky Wildcats, losing eight of their last 11 games overall and losing their last five games by an average of six points and shooting just 40.6 percent from the field. We're getting free points with the team in better form. Give me the Vols.