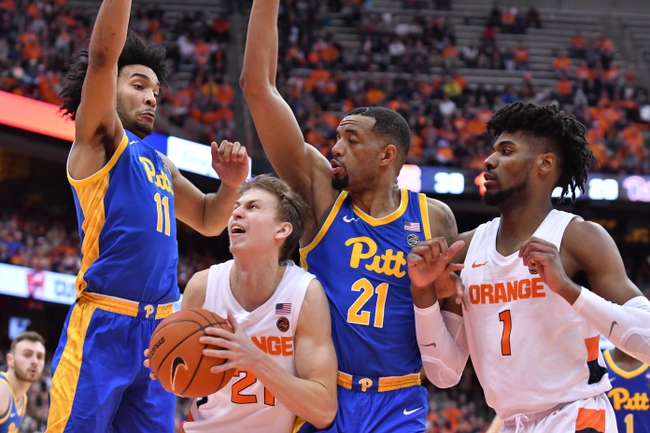 The home team has won seven of the last nine meetings between Syracuse and Pittsburgh. The Syracuse Orange are also in a serious funk, losing five of their last seven games, and they're losing their last five by an average of 4.6 points while shooting just 41.2 percent from the field and 27.9 percent from deep. The Pittsburgh Panthers aren't playing much better during their four-game losing streak, but they have had consistent success at home where they win by an average of 4.2 points and remain an above-average defensive team. This is going to be a low scoring, defensive and ugly basketball game. I'll take a shot with the home team and the free bucket.