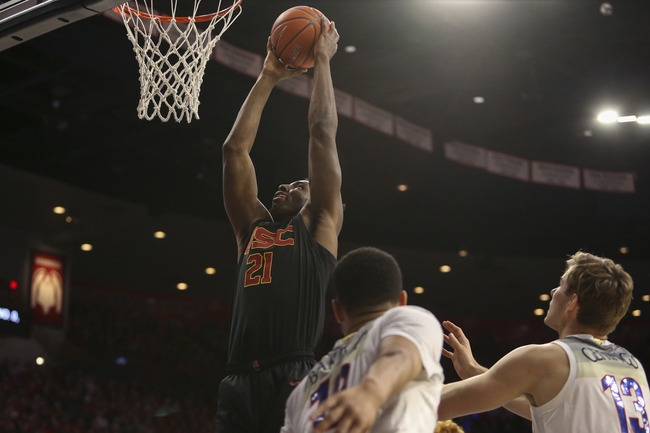 The Arizona Wildcats and the USC Trojans meet in college basketball action from Galen Center on Thursday.

Arizona enters this one at 19-8 on the season. After a three-game winning streak over California, Stanford and Oregon State, Arizona lost their last game to Oregon Saturday.

Over on the USC side, they’re 19-9 this year. After winning consecutive games over Washington and Washington State, USC has lost their last pair of games versus Utah.

In the loss to the Utes, USC’s top scorer was Onyeka Okongwu with 18 points, 12 rebounds and one assist. The only other USC player in double-figures there was Elijah Weaver with 13 points and three rebounds.

Arizona nearly pulled off an awesome upset to keep their winning streak going, falling by one point 73-72 to Oregon in overtime. That said, aside from a flimsy UCLA game Arizona has been playing some really solid ball since late last month.

As for USC, they’ve been under 71 points in each of their last five games and haven’t played well when they’re not in sync on defense. In any case, I think there’s enough here to take Arizona on the cover.