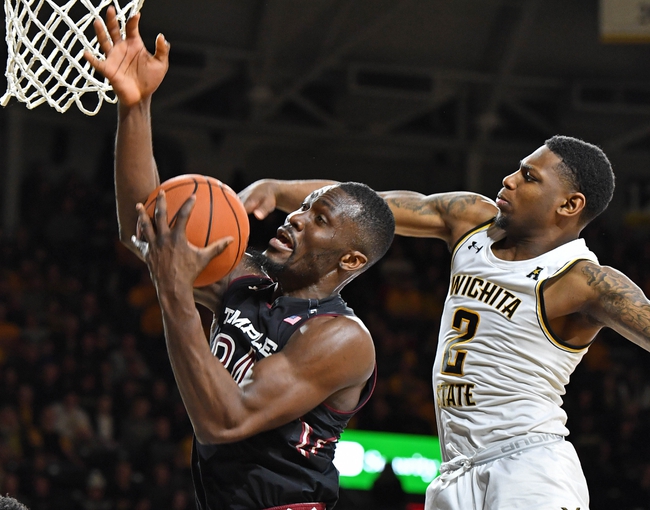 The Temple Owls and the Wichita State Shockers meet in AAC college basketball action from the Charles Koch Arena on Thursday night.

The Temple Owls will try to climb into the top half of the AAC table, sitting at 6-8 in conference play after a 67-63 loss to East Carolina last time out. Quinton Rose leads Temple in scoring and assists with 16.3 PPG and 3.5 APG while Nate Pierre-Louis is 2nd in scoring and tops in rebounding with 11.5 PPG and 8.3 RPG this season. As a team, Temple is averaging 69.5 points on 40.9% shooting from the field, 32% from 3-point range and 68.2% from the foul line while allowing opposing teams to average 68.3 points on 38.7% shooting from the field and 30.6% from 3-point range this season. Temple is 4-6 straight up and 3-7 against the spread on the road this season.

The Wichita State Shockers will try to rebound after falling to 11-7 in conference play after a 67-64 loss to Cincinnati last time out. Erik Stevenson leads Wichita State in scoring with 11.7 PPG while Jaime Echenique has 11.3 PPG and 6.7 RPG. Tyson Etienne added 10 PPG while Jamarius Burton has 9.9 PPG and a team-high 3.3 APG this season. As a team, Wichita State is averaging 72.2 points on 40.4% shooting from the field, 32.1% from 3-point range and 69.6% from the foul line while allowing opposing teams to average 63.7 points on 38.9% shooting from the field and 29.7% from 3-point range this season. Wichita State is 15-2 straight up and 8-7-2 against the spread at home this season.

I’ve been giving Temple a strong look with the points, but the problem is that while Temple’s stepped up their play lately, the Owls have had issues against some of the better teams in the conference like Memphis and UConn on the road, and the Owls only win in their last five road games came against lowly Tulane who isn’t good at all. Wichita State has also been stepping up their game lately, and the Shockers are simply the better team playing better basketball here. I’m not a fan of the line, but if forced to pick, I’d lay the points with Wichita State at home here.