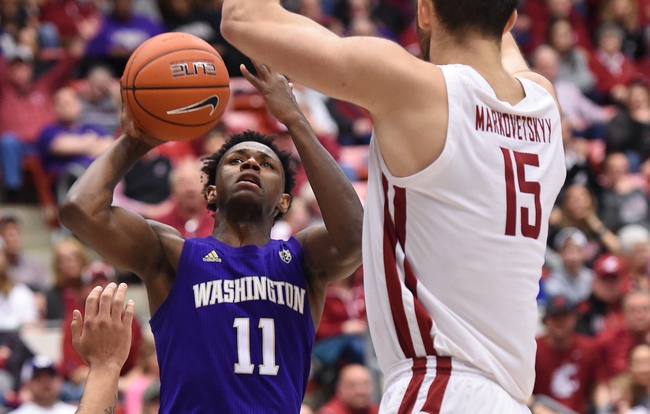 The Washington State Cougars won the first meeting by 10 points despite being 2.5-point underdogs, so you can make a case for the points here. However, the Washington State Cougars head into this game in rough form, and they're just 1-6-1 against the spread on the road where they lose by an average of 10.5 points and shoot 38.9 percent from the field. The Washington Huskies win at home by an average of 10.3 points and are 4-1 against the spread as a double-digit favorite. Washington hasn't earned the right to be throwing out these sort of numbers, but I'll lay it anyway if forced to pick this Pac-12 showdown.