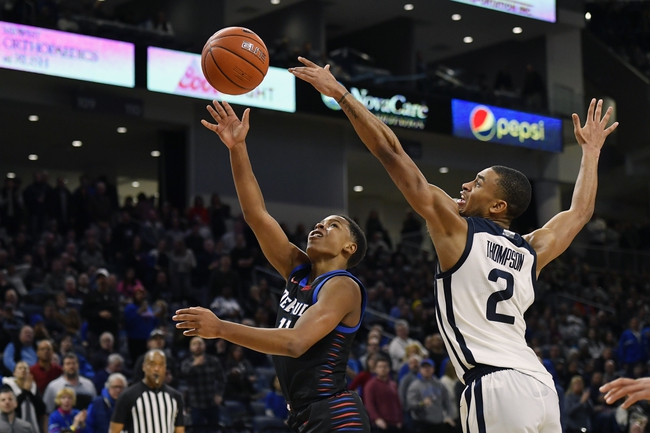 The DePaul Blue Demons and the Butler Bulldogs meet in Big East conference college basketball action from the Hinkle Fieldhouse on Saturday night.

The Butler Bulldogs will try to climb some ranks in the last week of the regular season, sitting at 8-7 in conference play after an 81-59 loss to Creighton for their 3rd straight defeat. Kamar Baldwin leads the Bulldogs in scoring with 15.9 PPG while Sean McDermott is 2nd in scoring with 11.8 PPG. Bryce Nze has 9.3 PPG and a team-high 6.5 RPG while Aaron Thompson is dishing out a team-high 4.8 APG this season. As a team, Butler is averaging 68.4 points on 46% shooting from the field, 33.8% from 3-point range and 73% from the foul line while allowing opposing teams to average 62.8 points on 39.7% shooting from the field and 33.7% from 3-point range this season. Butler is 12-3 straight up and 7-7-1 against the spread at home this season.

Head-to-head, the favorite is 4-1 ATS in the last 5 meetings between these two teams.

Neither of these two teams have been anything to write home about lately when it comes to covering the spread, but the fact of the matter is that DePaul has fallen off of a cliff with their play since Big East play started and the Blue Demons are a far cry from the team that was rattling teams off left and right to start the year. Butler hasn’t been great lately either, losing 3 straight coming into this one, but the Bulldogs are the better team and Hinkle Fieldhouse is one of the tougher and underrated road environments in all of college basketball, not just the Big East. I think the Bulldogs return to form with a double-digit win here, so I’ll lay the points with Butler in this spot.