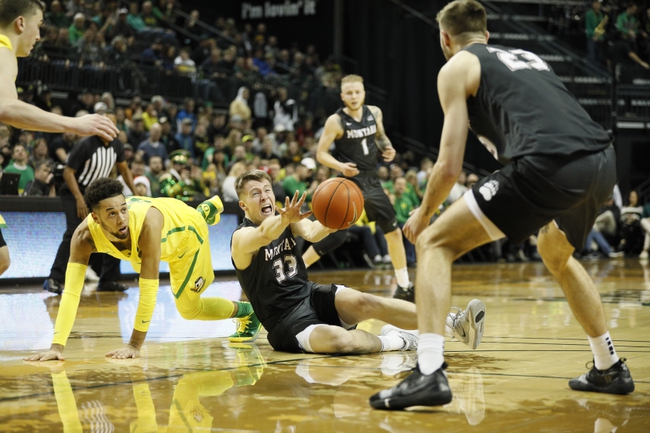 The Montana Grizzlies and the Sacramento State Hornets meet in college basketball action from Hornet Gym on Saturday.

Montana enters this one at 17-11 so far. Following a six-game winning streak that dated back to February 1, Montana lost their last game 57-56 versus Northern Arizona on Thursday.

In the loss to Northern Arizona, Montana’s leading scorer was Jared Samuelson with 19 points and four rebonds. Kendal Manuel was the only other Montana player in double-figures there with 16 points, three rebounds and one assist, and Sayeed Pridgett chipped in eight points with five rebounds and five assists.

Over on the Sacramento State side, they’re 15-12 this year. After consecutive losses to Northern Colorado and Eastern Washington, Sacramento State has beaten Idaho and Montana State in their last pair.

In the win over Montana State, Sacramento State’s Bryce Fowler led the team on 16 points, seven rebounds and seven assists. Joshua Patton tallied 13 points with eight rebounds there, and Osi Nwachukwu had 12 points, six rebounds and one assist.

Montana started out this winning streak with some big offensive outings; 72 or more in five straight victories. Since then the scoring has fallen off however, and Montana has registered a pretty tepid 115 points combined in their last pair (1-1 record).

As for Sacramento State, they’re pretty choppy in the points total area lately, but they do have 76 or more points in two of their last three games. This matchup seems a little unpredictable depending on how Sac State feels like playing, but I still think Montana is the safer option--and considering they're underdogs it's even more enticing.