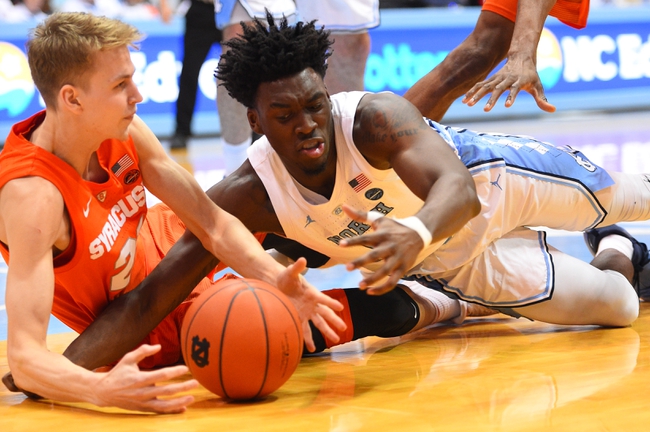 The North Carolina Tar Heels have had heartbreaker after heartbreaker this season, and they lose on the road by an average of 6.2 points. However, there's no denying UNC is playing its best ball of the season and has shown fight despite these rough losses. The Syracuse Orange have been hit or miss a lot and their offense isn't scaring anybody, as they're shooting just 42.5 percent from the field and 28.6 percent from deep in their last five games. I want the points with the North Carolina Tar Heels.