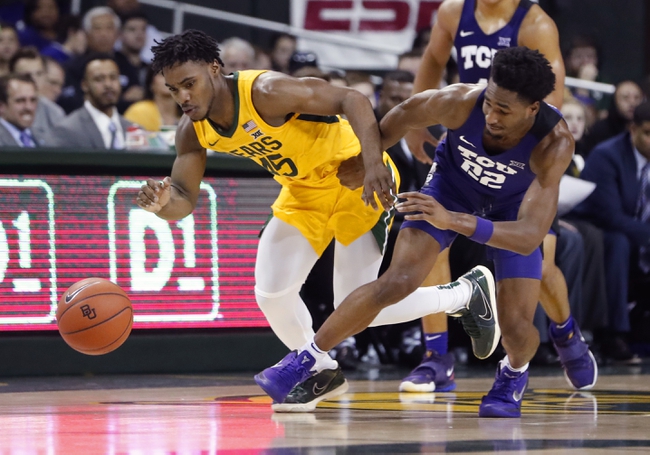 The Baylor Bears and TCU Horned Frogs meet Saturday in college basketball action at the Ed and Rae Schollmaier Arena.

The TCU Horned Frogs play their best ball at home where they win by an average of 9.9 points and allow 40.9 percent shooting from the field, but the problem is you're never quite sure which TCU team you're going to get. The Baylor Bears not only win games at an elite clip, but they've proven they can win on the road where they win by an average of 9.1 points and are 7-1 against the spread. The TCU Horned Frogs are 7-9 against the spread at home and 9-18 against the spread on the season. I have to sid with consistency and lay the chalk with Baylor on the road.