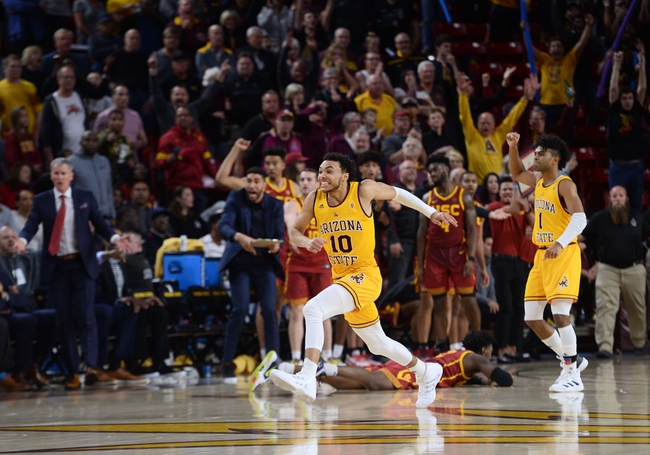 The Arizona State Sun Devils and the USC Trojans meet in college basketball action from Galen Center on Saturday.

Arizona State is sitting at 19-9 so far. Following a recent seven-game win streak that dated back to February 1, Arizona State fell in their most recent matchup to UCLA on Thursday.

In the loss to UCLA, Arizona State’s Remy Martin led the team on 30 points with three assists and two rebounds, and Rob Edwards added 23 points with three boards. Alonzo Verge chipped in 12 points, four rebounds and two assists there as well.

Over on the USC side, they’re 20-9 this year. In the last five games, USC is 3-2, falling to Colorado and Utah while otherwise beating Washington, Washington State and Arizona.

In the win over Arizona, USC’s Jonah Mathews led the team with 14 points, five rebounds and two assists. The only other player in double-figures there for USC was Onyeka Okongwu with 11 points and 10 rebounds, and Daniel Utomi added nine points.

Arizona State wasn’t completely destroying teams during their winning streak; the majority of the seven games were pretty close, like a one-point win over Oregon State and two versus USC. The Sun Devils fell to UCLA by just three points, and they’ve been at 72 or above in seven of their last eight.

As for USC, they’ve been under 70 points in five of their last six, but nearly toppled AZ State 66-64 the last time these teams met up. This should be another close one, but I’m sticking with Arizona State to bang out a cover with some potent offense.