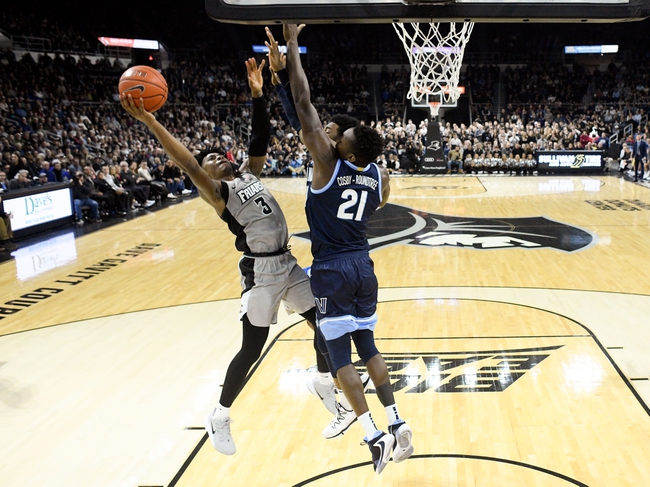 The Providence Friars and the Villanova Wildcats meet in college basketball action from Wells Fargo Center Philadelphia on Saturday.

Providence enters this one at 16-12 overall. Since losing consecutive games to Xavier and St. John’s, Providence has won three straight over Seton Hall, Georgetown and Marquette.

Over on the Villanova side, they’re 22-6 this year. Villanova is on a five-game winning streak right now, taking out Marquette, Temple, DePaul, Xavier and St. John’s in succession.

In the win over St. John’s, Villanova’s Saddiq Bey put up 23 points with four rebounds and three assists. Justin Moore was also in double-digits with 21points, six rebounds and one assist, and Jermaine Samuels turned in 10 rebounds with two assists and four points.

After a bit of a scoring lull in the Xavier and St. John’s games (58 and 69 points, respectively) Providence has put up some good totals in their last three; at least 73 in each outing, and both of their last two wins have come by double-digits.

As for Villanova, they had a close call with Marquette but since then they’ve been in control of their games. I think the Friars are rolling right now however, and not afraid of big games. I feel like they're going to come in ready to rock so I’m sticking with Providence on the cover here.