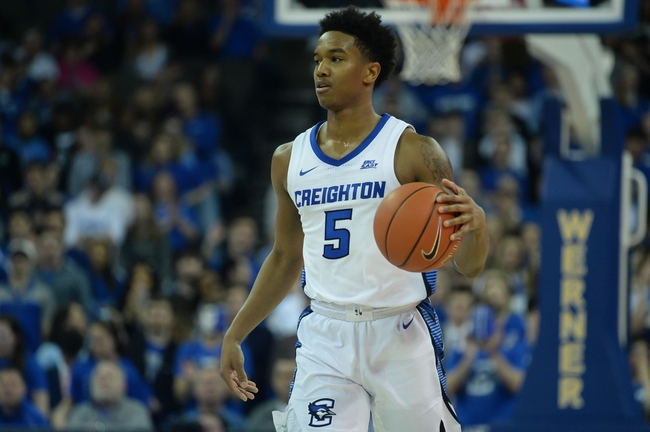 The Creighton Bluejays and the St. John’s Red Storm meet in college basketball action from Carnesecca Arena on Sunday.

Creighton comes into this one at 22-6 on the year. Since their last loss to Providence, Creighton has won five straight over St. John’s, Seton Hall, DePaul, Marquette and Butler.

In the win over Butler, Creighton’s lead scorer was Marcus Zegarowski with his 25 points, three rebounds and one assist. Christian Bishop added 19 points, seven rebounds and five assists there, and Ty-Shon Alexander added 15 points with four assists and one rebound.

Over on the St. John’s side, they’re 14-14 this year. St. John’s is on a three-game losing streak since their last win over Providence, falling to Xavier, Seton Hall and Villanova in that trio.

In the loss to Villanova, St. John’s lead scorers were Marcellus Earlington and Rasheem Dunn, each with 12 points and a combined seven rebounds with five assists. Julian Champagnie and Greg Williams each had 10 points with a combined eight rebounds as well.

Since the 73-56 wakeup call versus Providence, Creighton has been rolling right along during this win streak. The only game in the last five that was close was the Seton Hall victory (87-82), and Creighton has put up 73 or more points in each game—not to mention 81 or more in four of five.

As for St. John’s, they’ve had to go through a gauntlet of three ranked teams in their last five, and none of those games was all that close. The Red Storm will probably hang around here, but I still like Creighton to power out a cover.