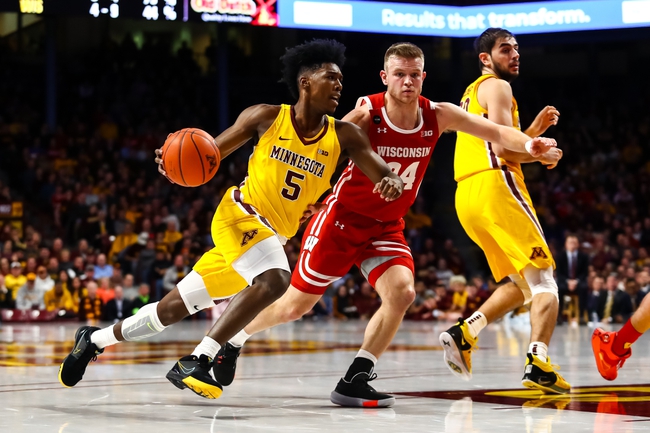 The Minnesota Golden Gophers and the Wisconsin Badgers meet in college basketball action from Kohl Center on Sunday.

Minnesota is sitting at 13-14 on the season. In their last five games Minnesota is 1-4, with a win over Northwestern alongside losses to Penn State, Iowa, Indiana and Maryland otherwise.

In the loss to Maryland, Minnesota’s Daniel Oturu posted a double-double on 28 points, 11 rebounds and one assist. The only other Minnesota player in double-digits there was Marcus Carr with 19 points, seven assists and two rebounds.

Over on the Wisconsin side, they’re 18-10 this year. It’s been a five-game win streak for Wisconsin over their last quintet, taking out Ohio State, Nebraska, Purdue, Rutgers and Michigan in succession.

In the win over Michigan, Wisconsin’s top scorer was D’Mitrik Trice with 28 points, four assists and one rebound. Both Aleem Ford and Micah Potter posted 18 points apiece, and the duo combined for 15 rebounds for Wisconsin there.

Give credit to Minnesota. They stood tall against Maryland and had a 47-31 edge going into halftime. Thing is, the Gophers coughed up 43 points and scored just 26 in the second half to lose 74-73. Still, the 156 combined points in their last two games is a good sign for Minnesota.

That said, Wisconsin is on a nice roll right now with 69 or more points in each of their last five games (all wins) and they’re knocking off ranked Big Ten teams with regularity these days. I like Wisconsin here. It might be worth looking at the over in this matchup as well; both these teams can score when so motivated and they'll be playing hard as rivals in what should be a fun game.