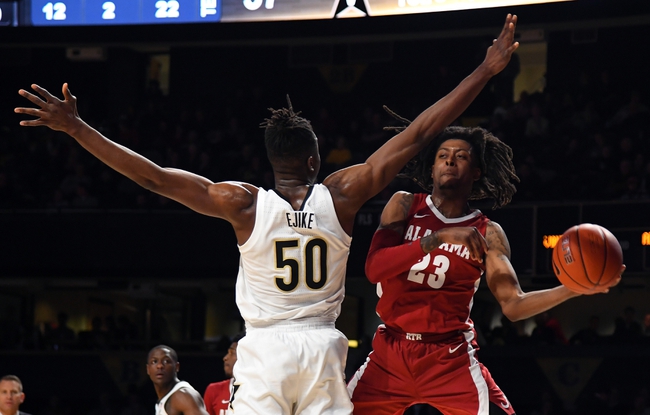 The Vanderbilt Commodores enter this contest playing bad basketball over the last two weeks, and that's not expected to change on the road where they lose by an average of 13.1 points and shoot 40.1 percent from the field. The Alabama Crimson Tide had little trouble with Vanderbilt in the first meeting this season, and they're an impressive 8-6 against the spread at home and 19-10 against the spread overall. The Alabama Crimson Tide are also 4-1 against the spread as a double-digit favorite, so when they're supposed to blow teams out, they do. I'll lay the chalk with the home team.