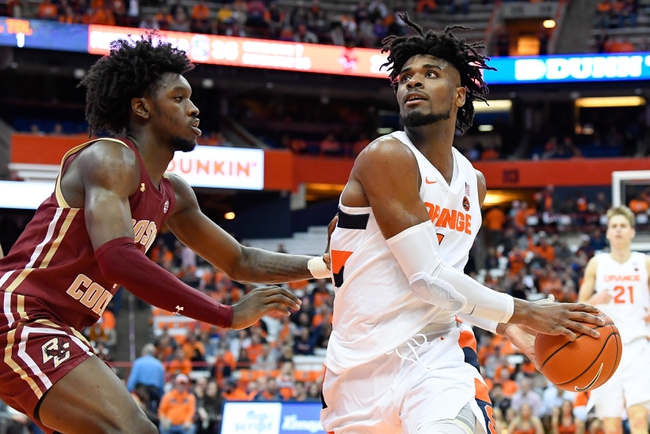 The Boston College Eagles lost by 26 points when these teams met back in January, and they're clearly at the bottom of the ACC yet again in terms of production and talent. The Syracuse Orange are also 7-2 against the spread on the road this season, so there's a lot going against BC in this contest. However, Syracuse is piling up the losses as we head into the home stretch of the season, and they're shooting just 43.7 percent from the field and 29.7 percent from deep in their last five games. I'm not eating chalk with a Syracuse team that has issues scoring. I want the home dog in this game.