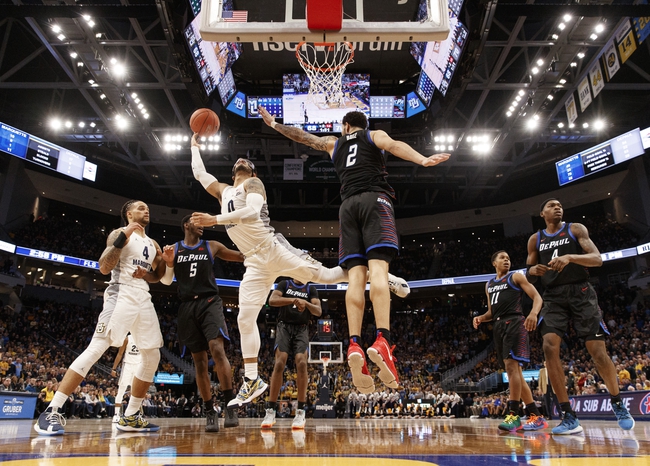 The Marquette Golden Eagles and the DePaul Blue Demons meet in college basketball action from Wintrust Arena on Tuesday.

Marquette rolls in here at 18-10 on the season. In the last five games, Marquette is just 1-4, with a win over Georgetown and losses to Villanova, Creighton, Providence and Seton Hall in that time.

In the loss to Seton Hall, Marquette’s Markus Howard was the top scorer on the team with 37 points and four assists. Sacar Anim added 13 points, five rebounds and one assist in that one, and Jayce Johnson had 12 rebounds and four points.

Over on the DePaul side, they’re 14-15 this year. Since their most recent win over Georgetown, DePaul has lost in consecutive games to Xavier last Tuesday and Butler on Saturday.

In the loss to Butler, DePaul had no double-digit scoring performances. The team leaders there were Charlie Moore and Nick Ongenda, who each provided eight points with a combined seven rebounds, and Jaylen Butz added four points with nine rebounds.

Marquette’s recent performance doesn’t look good record-wise, but the good news is the team is still scoring well and on the whole they’ve been competitive despite losing to some tough nationally-ranked squads. Marquette has hit 72 or more points in each of their last three outings.

As for DePaul, they’re a capable offensive team but not necessarily the most consistent. DePaul has put up 109 combined points across their last two games and probably should have been a lot closer to Butler (a 60-42 loss). In any case, this one looks like a Marquette cover to me, and it should be a pretty fun one to watch.