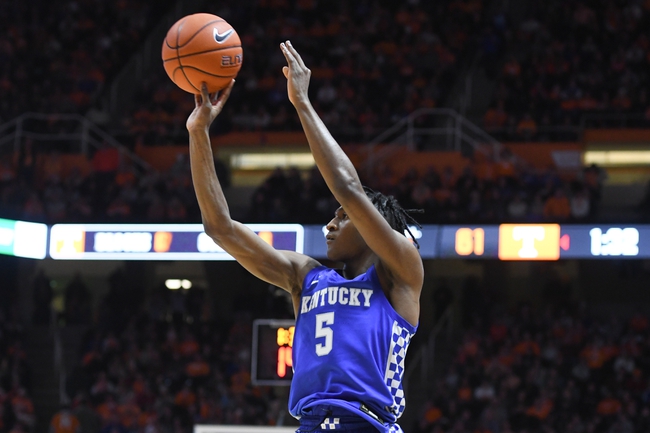 The Tennessee Volunteers and the Kentucky Wildcats meet in college basketball action from Rupp Arena on Tuesday.

Tennessee enters this one at 16-13 so far. In the last four games, Tennessee is 2-2, with losses to Auburn and Arkansas sandwiched between wins over Vanderbilt and Florida in that stretch.

In the win over Florida, Tennessee’s lead scorer was John Fulkerson with 22 points, two rebounds and one assist. Josiah-Jordan James added 12 points, eight rebounds and six assists in that one, and Santiago Vescovi had 11 points, four assists and one rebound.

Over on the Kentucky side, they’re 24-5 this year. Currently, Kentucky is on an eight-game winning streak, recording victories over Florida, Texas A&M and Auburn in their latest trio of outings.

In the win over Auburn, Kentucky’s top scorer was Immanuel Quickley, who doubled up on 18 points, 12 rebounds and two assists. Tyrese Maxey added 17 points, seven rebounds and four assists in that one, and Nick Richards turned in 14 points with three rebounds.

Tennessee has faced some tough matchups lately, and as a result they haven’t gotten to stretch their legs offensively. The Volunteers have been below 70 points in each of their last five games, and they’re 2-3 during that time (but really were only blown out once).

Kentucky has been all over the place scoring-wise themselves, but it hasn’t affected their ability to put up wins. Considering Kentucky won 77-64 on the road the last time these teams met up, I don’t see much changing here. This one might be close initially, but in the end I’m going Kentucky on the cover.