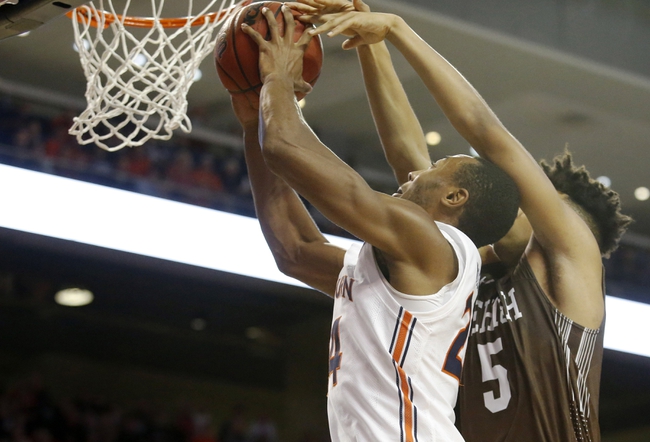 The Loyola-Maryland Greyhounds and the Lehigh Mountain Hawks meet in First Round Patriot League tournament action in a college basketball matchup from Stabler Arena on Tuesday night.

The Loyola-Maryland Greyhounds come into the tournament as the #9-ssed, finishing the year with an overall record of 15-16 including a 7-11 conference record, losing out on the #8-seed after a head-to-head tiebreaker loss to Lehigh. Andrew Kostecka leads Loyola-Maryland in scoring with 19.9 PPG as the Greyhounds’ lone double-digit scorer for the Greyhounds this season while Cameron Spencer and Isaiah Hart each have 9.4 PPG with Hart adding a team-high 3.1 APG this season. KaVaughn Scott also has 5.3 RPG this season. As a team, Loyola-Maryland is averaging 73.3 points on 46.3% shooting from the field, 31.7% from 3-point range and 63.5% from the foul line while allowing opponents to average 74.7 points on 43.7% shooting from the field and 32.5% from 3-point range this season.

The Lehigh Mountain Hawks enter the tournament as the #8-seed, finishing with a 10-20 overall mark, including 7-11 in conference play and winning out on the tiebreaker against Loyola-Maryland, taking both regular season meetings for the head-to-head win. Jordan Cohen leads Lehigh in scoring and assists with 14 PPG and 4 APG while James Karnik has 12.6 PPG and 7.4 RPG in 20 games and Jeameril Wilson has 10.1 PPG and 5.4 RPG this season. As a team, Lehigh is averaging 67.9 points on 44.5% shooting from the field, 33.3% from 3-point range and 73.1% from the foul line while allowing opposing teams to average 72.7 points on 43.6% shooting from the field and 32.7% from 3-point range this season.

These 8-9 matchups can be some of the hardest to call in any tournament, However, while Lehigh has the worse record of the two all season, the Mountain Hawks have already beat the Greyhounds twice this season and Loyola-Maryland hasn’t been all that great on the road this season. I’ll lay the points with Lehigh at home here.