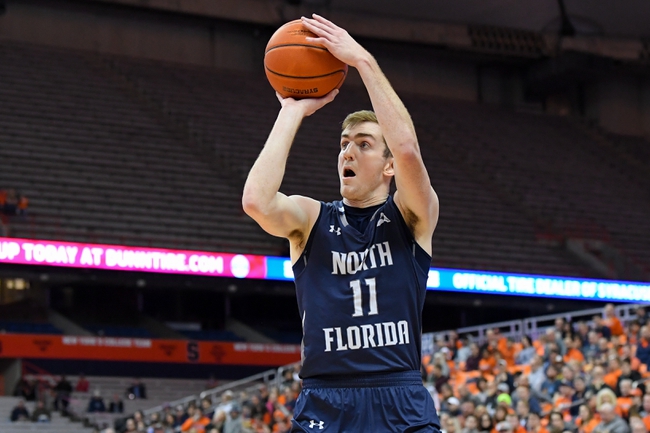 The Jacksonville Dolphins and North Florida Ospreys meet Tuesday in the college basketball ASUN Tournament at the UNF Arena.

The North Florida Ospreys won the first two games this season, and now they get a home tournament game where they win by an average of 15.9 points and shoot 46.9 percent from the field and 40.4 percent from deep. The North Florida Ospreys have also been one of the best kept secrets this season considering they're 8-3 against the spread at home and 22-7 against the spread on the season. It doesn't really matter what the Jacksonville Dolphins have going on, blindly back Noth Florida this season has produced a pile of cash. I'll lay the number with the Ospreys at home.