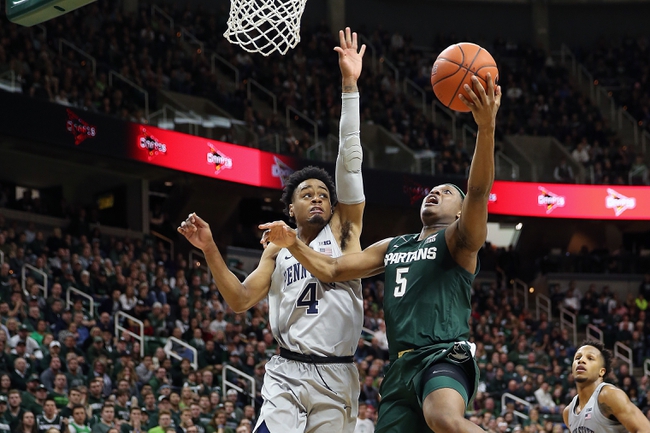 In the win over Maryland, Michigan State’s Cassius Winston put up 20 points with six assists and three rebounds to lead the team. Malik Hall added 16 points and six boards there, and Xavier Tilman doubled up on 14 points, 12 rebounds and six assists.

Over on the Penn State side, they’re 21-8 on the season. In their last four games, Penn State is 1-3, beating Rutgers while falling to Illinois, Indiana and Iowa otherwise in that stretch.

In the loss to Iowa, Penn State’s Lamar Stevens led the team on 20 points, 10 rebounds and two assists, and Seth Lundy had 19 points with four rebounds. Also in double-digits there was Myles Dread with 11 points, five rebounds and one assist.

Trying to predict the Big Ten on a game-by-game basis this year is an exercise in futility. Michigan State and Penn State have been right in the mix for quite some time, and when these teams last met on February 4 it was a hard-fought 75-70 road win for Penn State.

Michigan State comes into this one on a roll, with 78 or more points in each of their last three games, and consecutive victories over ranked teams. This one is bound to be another classic matchup, and I like Michigan State to ride the wave to a cover.