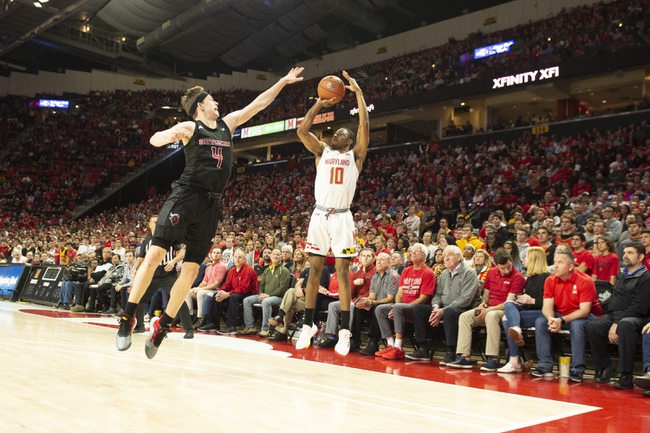 The Rutgers Scarlet Knights are one of the better home teams in the Big Ten where they win by an average of 14.3 points and allow just 36.5 percent shooting from the field. The Rutgers Scarlet Knights are also 11-5-1 against the spread at home. With that said, the Maryland Terrapins have been the better team overall, and it seems like they're getting better with wins in 10 of their last 12 tries and wins in five of their last six road games. It's hard for me to turn down free points with the better team, so the Terps it is.