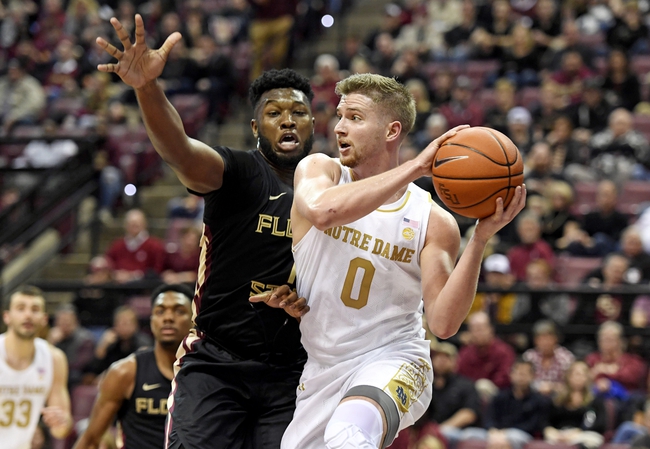 The Florida State Seminoles and the Notre Dame Fighting Irish meet in college basketball action from Joyce Center on Wednesday.

Florida State enters this one at 24-5 on the year. After winning four straight over Syracuse, Pittsburgh, NC State and Louisville, Florida State lost their last game Saturday to Clemson.

In the loss to Clemson, Florida State’s Devin Vassell put up 14 points, seven rebounds and three assists to lead the way. Both Malik Osborne and Trent Forrest put up 11 points apiece there, and combined for three assists and 12 rebounds.

Over on the Notre Dame side, they’re 18-11 this year. Following a recent three-game win streak over North Carolina, Miami-FL and Boston College, Notre Dame lost their last game Saturday to Wake Forest.

Florida State is normally a pretty solid offensive team, but they’ve been below 70 points in two of their last three—despite winning one over NC State and falling by just one to Clemson in the other. That’s not something to read too much into, however; it’s more based on circumstance and matchups.

In any case, Notre Dame has been playing pretty well over their last four games, but if Florida State can get off to a quick start here I don’t see the Irish keeping up. Really the number in this one doesn't look too bad, so I don't have any issues going with the Seminoles on the cover.