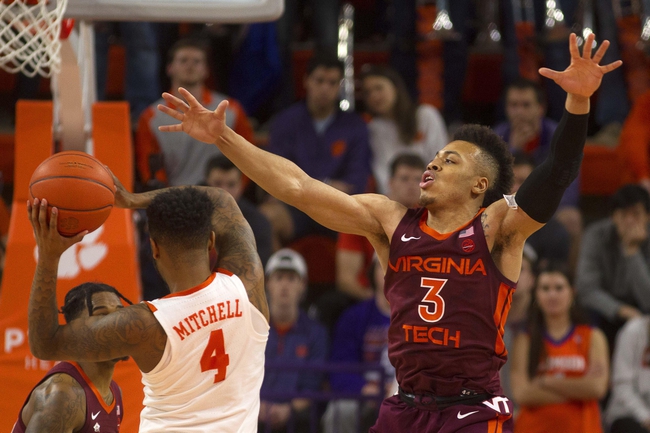 The Clemson Tigers have had issues on the road this season, but they have a defense that travels and they're a profitable 16-12 against the spread on the season. Clemson has also found its offense lately, shooting 51.2 percent from the field in its last five games. The Virginia Tech Hokies have lost four straight, and they're losing their last five games by an average of eight points while shooting 38.3 percent from the field. The Virginia Tech Hokies are 7-10 against the spread at home and 11-18 against the spread at home. Give me Clemson and the free bucket.