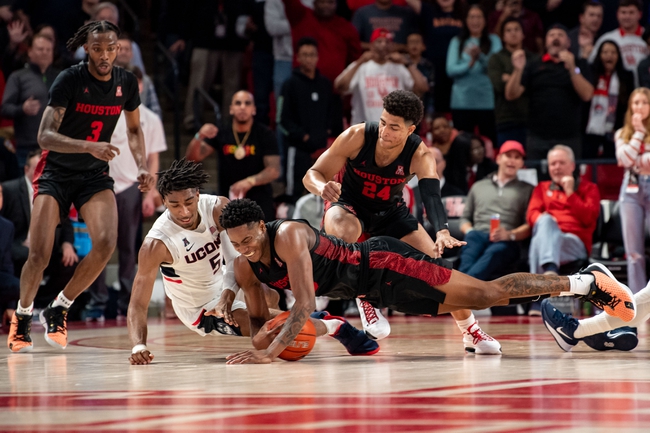 The Houston Cougars and the Connecticut Huskies meet in college basketball action from XL Center on Thursday.

Houston enters this matchup at 22-7 overall. In the last four games, Houston is 2-2, falling to SMU and Memphis while otherwise beating Tulsa and Cincinnati during that stretch of games.

In the win over Cincinnati, Houston’s top scorer was Marcus Sasser with 21 points and six rebounds. Nate Hinton added 16 points, seven rebounds and one assist in that one, and Caleb Mills had 15 points, three rebounds and three assists.

Over on the Connecticut side, they’re 17-12 this year. Currently Connecticut is on a three-game winning streak, beating South Florida, Central Florida and East Carolina in succession.

In the win over East Carolina, Connecticut’s top scorer was Christian Vital with 27 points, six rebounds and one assist. James Bouknight doubled up on 19 points, 10 rebounds and four assists there, and Isaiah Whaley had 16 points and seven rebounds.

Houston is 2-2 in their last four games granted, but both the losses in that time were by just one point, and both were on the road. Generally speaking, Houston has been highly competitive this season, even when they lose, and are a fairly reliable team overall.

As for Connecticut, they’ve put up some nice points totals lately, with 78 or more in each of their last four games. Houston won by just four points at home the last time these teams met up, and I think Connecticut has a good shot at getting some revenge here. The line on this one isn't great, but I think there's enough room there.