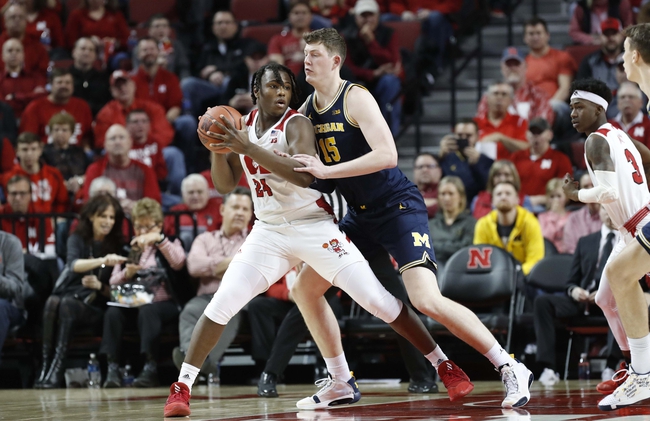 The Nebraska Cornhuskers and the Michigan Wolverines meet in Big Ten conference college basketball action from the Crisler Center on Thursday night.

The Nebraska Cornhuskers will try to get a confidence win to get out of the Big Ten basement, sitting at 2-16 in conference play after a 14th straight loss in the form of an 81-76 loss to Northwestern last time out. Haanif Cheatham leads Nebraska in scoring with 12.6 PPG while Dachon Burke Jr. has 12.1 PPG and Cam Mack has 12 PPG and a team-high 6.4 APG this season. Yvan Ouedraogo also has a team-high 6.6 RPG for the Huskers this season. As a team, Nebraska is averaging 70.3 points on 41.2% shooting from the field, 32.3% from 3-point range and 58.6% from the foul line while allowing opposing teams to average 76.6 points on 44.3% shooting from the field and 32.4% from 3-point range this season. Nebraska is 0-10 straight up and 7-3 against the spread on the road this season.

This is a ton of points to be giving up to a Michigan team that’s .500 in conference play against a Nebraska team that’s been pretty good against the number on the road this season. However, Nebraska’s been getting beat up on pretty soundly as of late, being outscored by 15.2 points per game across their last five games while Michigan does hold 20+ point wins over Indiana and Northwestern as of late, a Northwestern team that just beat Nebraska. I’m just not fond of backing Nebraska in the hopes that the Cornhuskers show up, so I’ll lay the big number with Michigan in this one.