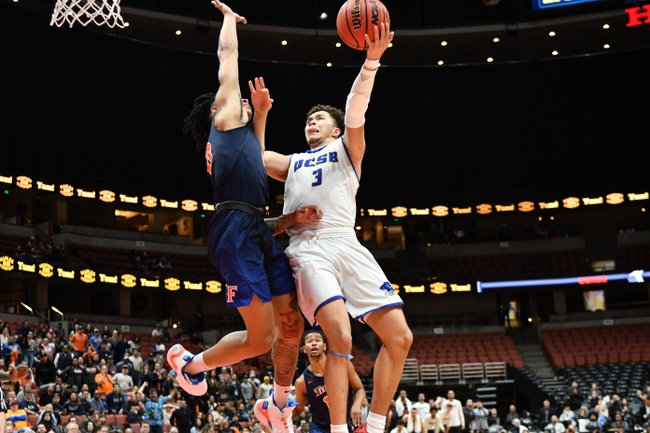 The CSU-Fullerton Titans and the UC-Santa Barbara Gauchos meet in Big West conference college basketball action from the Thunderdome on Thursday night.

The UC-Santa Barbara Gauchos will try to finish the season strong, sitting at 8-6 in conference play after a 69-58 loss to UC-Irvine last time out. Max Heidegger has 16 PPG in 18 games while Amadou Sow has 14 PPG and 7 RPG. JaQuori McLaughlin has 13.5 PPG and 3.9 APG this season as the 3rd double-digit scorer for the Gauchos this season. As a team, UC-Santa Barbara is averaging 71.4 points on 46.3% shooting from the field, 34.4% from 3-point range and 75.6% from the foul line while allowing opposing teams to average 66.7 points on 45% shooting from the field and 35.3% from 3-point range this season. UC-Santa Barbara is 11-3 straight up and 6-6 against the spread at home this season.

Head-to-head, the favorite is 10-2 ATS in the last 12 meetings between these two teams.

I’ve gone back and forth on this game, as this feels like quite a number of points to be giving up. However, the Titans have had covering issues lately, failing to cover in any of their last five games and have had issues on the road as well where two of their last three losses have come by double-digits. The Gauchos have done a good job covering the number with a boatload more consistency as of late, so I’ll lay the points with UC-Santa Barbara in their one.