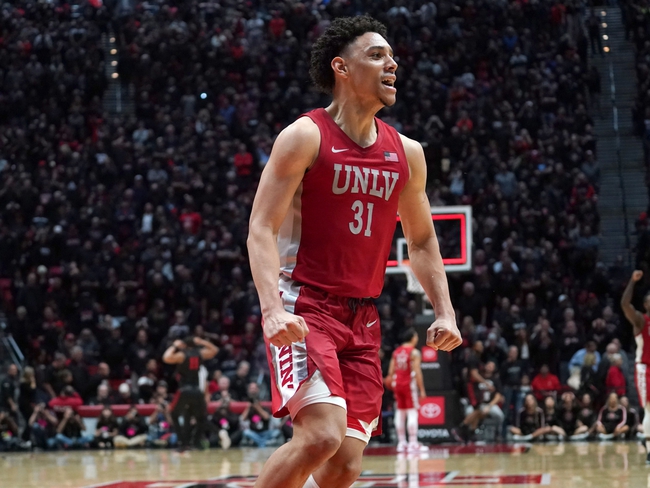 The Boise State Broncos and the UNLV Runnin’ Rebels meet in college basketball action from Thomas & Mack Center on Thursday.

In the loss to UNLV, Boise State’s Justinian Jessup led the way on 19 points, seven rebounds and three assists. Derrick Alston added 11 points, eight rebounds and two assists there, and Roderick Williams doubled up on 10 points, 13 rebounds and one assist.

Over on the UNLV side, they’re 17-14 this year. Currently UNLV is on a five-game win streak, beating New Mexico, Colorado State, San Diego State, Boise State and San Jose State in that time.

This is one of those weird circumstances where two tournament teams just played each other the week prior. UNLV won at home 76-66 in that one, and had a 12-point lead after halftime. The limp scoring outing was something of an odd occurrence for Boise State, who had amassed 154 combined points across their previous pair.

That said, UNLV has been on a nice run themselves with 76 or more points in each of their last six games. This should be a pretty close matchup but ultimately I still like UNLV on the cover.