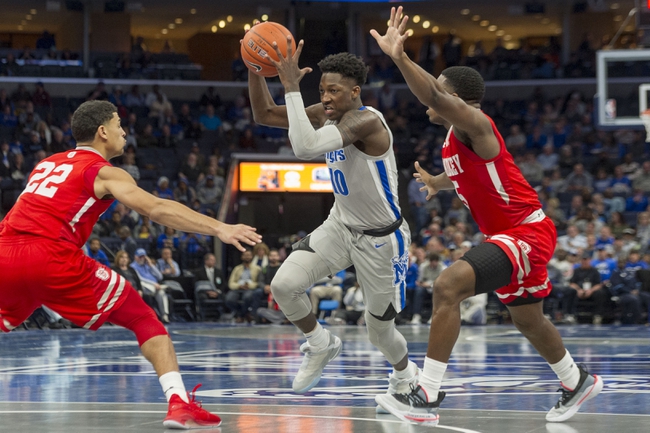 The Southern Illinois Salukis and Bradley Braves meet Friday in the college basketball MVC Tournament at the Enterprise Center.