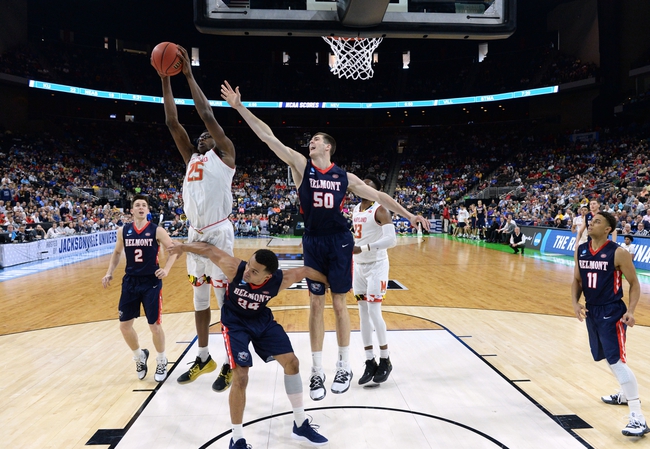 The Ohio Valley Conference college basketball tournament title is up for grabs when the Murray State Racers take on the Belmont Bruins from the Ford Center on Saturday.

The Murray State Racers advanced to the conference championship game after putting away Austin Peay by a final score of 73-61 last time out. Tevin Brown leads the Racers in scoring and assists with 17.9 PPG and 3.6 APG while KJ Williams has 12.8 PPG and 7.4 RPG and Jaiveon Eaves has 11.2 PPG this season. Anthony Smith is also averaging 9.5 PPG and a team-high 7.5 RPG this season. As a team, Murray State is averaging 75.5 points on 47.8% shooting from the field, 36.8% from behind the 3-point line and 70.5% from the foul line while allowing opposing teams to average 64.4 points on 39.8% shooting from the field and 31.3% from 3-point range this season.

The Belmont Bruins reached the conference title game after picking up a 60-50 semi-final win over Eastern Kentucky last time out. Adam Kunkel leads the Bruins in scoring with 16.6 PPG while Nick Muszynski is 2nd with 15 PPG and Tyler Scanlon is averaging 12.4 PPG for Belmont this season. Grayson Murphy is also chipping in 9.8 PPG and team-high averages of 7.5 RPG and 6.2 APG this season. As a team, Belmont is averaging 80.4 points on 48% shooting from the field, 35.9% from 3-point range and 70.8% from the foul line while allowing opposing teams to average 68.3 points on 41.8% shooting from the field and 33.2% from behind the arc this season.

This game is a coin flip in my opinion, and the line is pretty close to reflecting that. However, instead of trying to pick a side in a game that could genuinely go either way, I'm going to side with the over. This is a really low total for a pair of teams that can score in the low 70s to high 80s with regularity. The total has also just 4.5 points since the opening line, meaning I'm not the only one that thinks this. I'll side with the over in what should be a highly entertaining game.