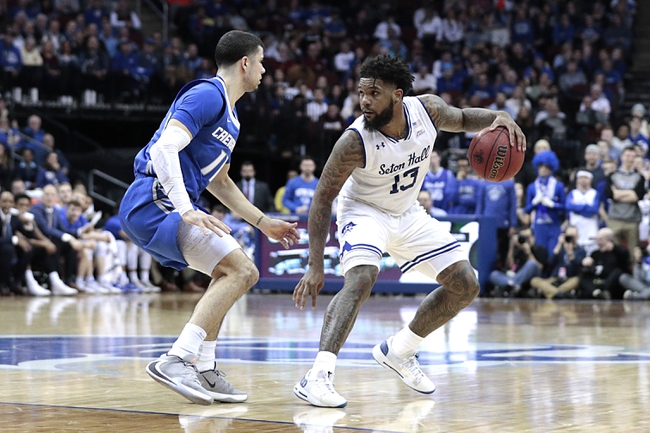 The Seton Hall Pirates and the Creighton Bluejays meet in college basketball action from CenturyLink Center Omaha on Saturday.

Seton Hall is sitting at 21-7 on the season. After winning three consecutive games versus Butler, St. John’s and Marquette, Seton Hall fell to Villanova by two in their last game.

In the loss to Villanova, Seton Hall’s Sandro Mamukelashvili doubled up on 20 points with 10 rebounds. Quincy McKnight added 16 points, seven assists and six rebounds there, and Myles Powell had 14 points, eight assists and four rebounds for Seton Hall.

Over on the Creighton side, they’re 22-7 this year. In their last seven, Creighton is 6-1, falling to St. John’s and otherwise beating St. John’s, Seton Hall, DePaul, Marquette, Butler and Georgetown.

In the win over Georgetown, Creighton’s Mitchell Ballock and Marcus Segarowski each scored 20 points, combining for eight rebounds and 11 assists. Ty-Shon Alexander had a nice line there as well with 18 points, five rebounds and one assist.

Had a couple of things broken their way, Seton Hall could easily have escaped with a home win over Villanova their last time out, but at least they were competitive there. Each of Seton Hall’s last three losses have come by five points or fewer, so that’s a good sign.

As for Creighton, they were destroyed by St. John’s but did get back to business versus Georgetown. Creighton has been scoring pretty darn well over their last seven games as well. I’m leaning toward Creighton here, but it’ll be a close one. Should also be a great game to watch.