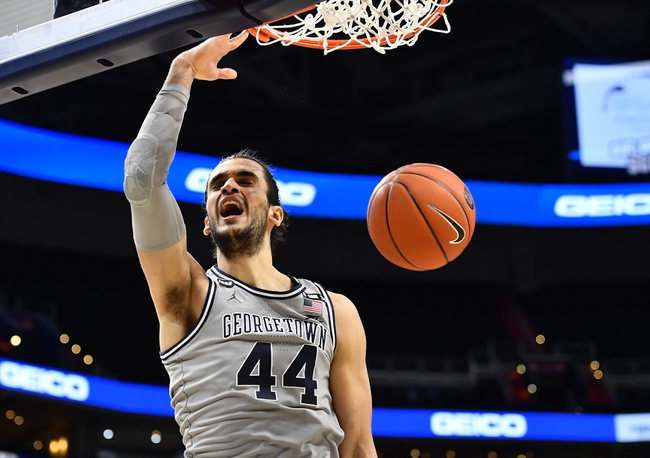 The Villanova Wildcats and Georgetown Hoyas meet Saturday in college basketball action at the Capital One Arena.

The Georgetown Hoyas have nothing going for them with all these injuries, as they've lost five straight and are losing those games by an average of 11 points while shooting 38.9 percent from the field and 33.7 percent from deep. The Villanova Wildcats are playing some of their more consistent ball of the season and are an impressive 7-3-1 against the spread on the road. It's tough to get behind the Georgetown Hoyas with any confidence based on their current form. Give me the Villanova Wildcats and the reasonable chalk.