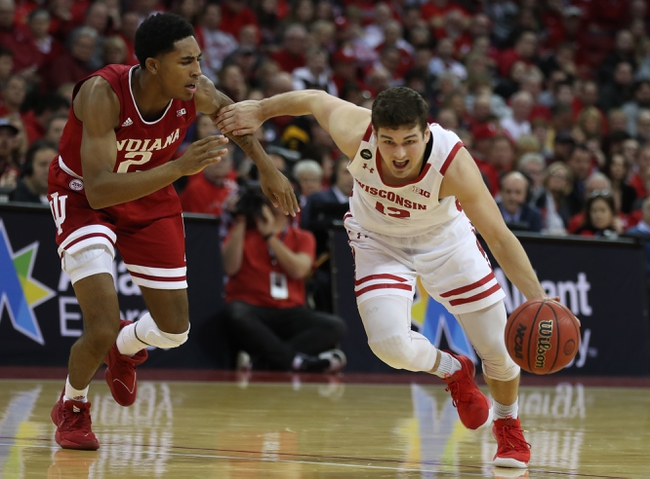 The Wisconsin Badgers and the Indiana Hoosiers meet in college basketball action from Bloomington Assembly Hall on Saturday.

Wisconsin comes in here at 19-10 so far. Wisconsin is on a seven-game win streak right now, beating Ohio State, Nebraska, Purdue, Rutgers, Michigan, Minnesota and Northwestern in that time.

Over on the Indiana side, they’re 19-11 this year. In the last five games Indiana is 3-2, falling to Purdue and Illinois while otherwise beating Minnesota, Penn State and Minnesota again.

In the latest win over Minnesota, Indiana’s Trayce Jackson-Davis put up 18 points and nine rebounds to lead the team. Joey Brunk added 12 points and eight rebounds, and both Rob Phinisee and Aljami Durham added 11 points apiece with a combined nine assists and seven boards.

Wisconsin has come from seemingly out of nowhere in a tough Big Ten to assert themselves as a big player on the national stage. The last three ranked teams to face Wisconsin have fallen, and the team is scoring pretty well on a regular basis during this win streak.

As for Indiana, they probably should have looked better versus Purdue but they gave the Illini a good game and took care of Minnesota their last time out. I'm a little wary of the Hoosiers' consistency issues, however. Considering that, and the way Wisconsin is rolling along, I’m leaning that way on a cover.