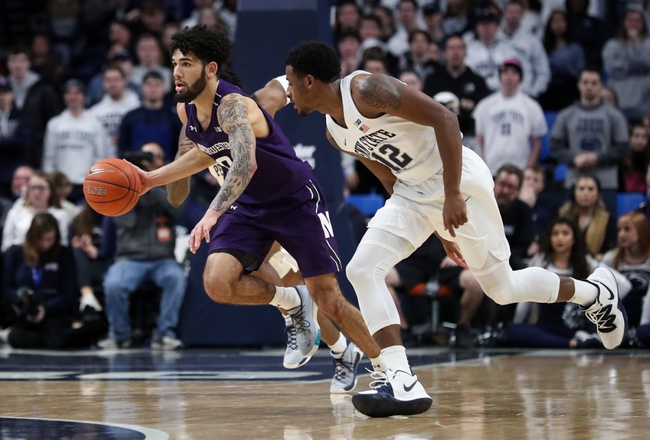 The Penn State Nittany Lions and the Northwestern Wildcats meet in college basketball action from Welsh-Ryan Arena on Saturday.

Penn State enters this one at 21-9 so far. Over their last five games, Penn State is just 1-4, beating Rutgers and otherwise falling to Illinois, Indiana, Iowa and Michigan State in that time.

In the loss to Michigan State, Penn State’s leading scorer was Myreon Jones with 16 points, one rebound and three assists. Lamar Stevens added 15 points, six rebounds and four assists there, and Mike Watkins had 12 points with nine boards.

Over on the Northwestern side, they’re 7-21 this year. Following a lengthy 12-game losing streak, Northwestern was able to beat Nebraska, but fell in their last appearance Wednesday versus Wisconsin.

In the loss to Wisconsin, Northwestern’s top scorer was Pete Nance, the only one on the team in double-digits at 14 points, seven rebounds and two assists. Ryan Young was the next-closest there with nine points and six rebounds on the evening.

Penn State hasn’t had a lot of luck making their way through a tough Big Ten lately, even losing to Indiana (who are a sneaky good team themselves) by eight points. Outside of that, there’s not much to point to as a positive over this 1-4 run.

Still, there may be some better news on the horizon for Penn State, as they beat Northwestern 77-61 the last time these teams played, and since then the Wildcats haven’t been able to gain much traction of any kind. I feel like the safer play here is still Penn State. It's going to be a tight one, though.