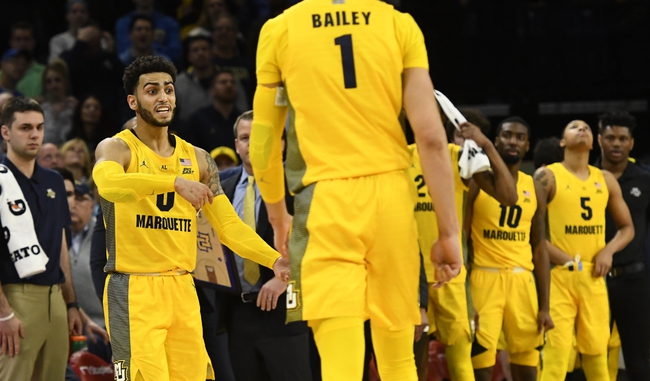 Neither team is playing good basketball entering this contest and Marquette doesn't play much better on the road where they lose by an average of 5.1 points and shoot just 40.4 percent from the field. The St. John's Red Storm are 11-6-1 against the spread at home where they win by an average of 9.6 points and allow just 40.3 percent shooting from the field. Throw in senior night, and I'll give the slight edge to the Red Storm at home.