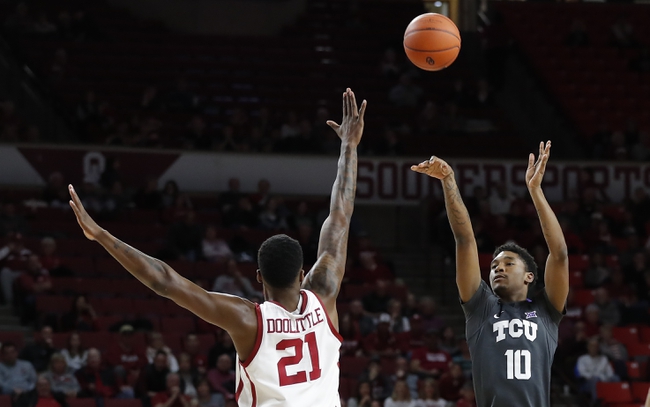 The Oklahoma Sooners and the TCU Horned Frogs meet in college basketball action from Schollmaier Arena on Saturday.

Oklahoma comes in here at 18-12 so far. In the last six games, Oklahoma is just 2-4, beating Texas Tech and Oklahoma while falling to Baylor, Kansas, Oklahoma State and Texas otherwise.

Over on the TCU side, they’re 16-13 this year. Across the last five games, TCU is 2-3, beating West Virginia and Baylor while otherwise dropping to Texas, Iowa State and Kansas in that time.

In the loss to Kansas, TCU’s leading scorer was Desmond Bane, who finished with 24 points, four assists and five rebounds. The only other TCU player in double-figures there was Edric Dennis with 18 points and two assists.

Oklahoma has faced a few pretty tough teams in their last six games, and the results have been pretty blah. Scoring-wise the Sooners haven’t really been in sync either, as they’ve notched 66 or fewer in four of their last five games.

The good news for Oklahoma is that TCU hasn’t been blowing anyone’s doors down—outside of their stellar 75-72 home victory over Baylor. Outside of that, it hasn’t been rare lately to see TCU in the 50s or even 40s when the games are finished. In any case, I’m not thrilled with either team here, so for me this isn’t one to mess with. I’m going to go with TCU turning it back on at home and bagging a cover here, though.