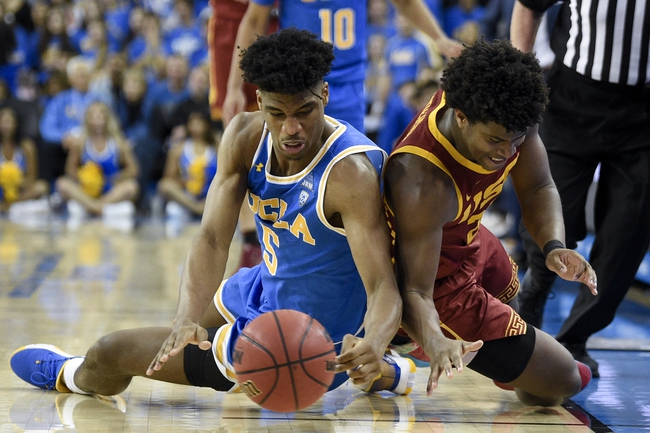 The UCLA Bruins and USC Trojans meet Saturday in college basketball action at the Galen Center.

The UCLA Bruins have been the hottest team in the Pac-12 lately, but now they go on the road where they lose by an average of 2.7 points and have failed to cover four of their nine tries. The USC Trojans are 19-11 against the spread on the season, and they win at home by an average of 9.5 points while allowing 38.5 percent shooting from the field and 30.3 percent shooting from deep. USC also beat up on UCLA on the road back in January, shooting 57 percent from the field and 50 percent from deep. At home on senior night, I'll lay the small chalk with the Trojans at home.