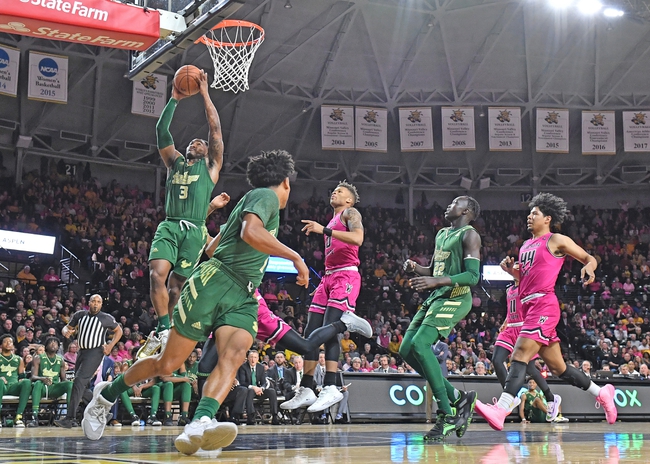 The SMU Mustangs and the USF Bulls meet in AAC college basketball action from the Yuengling Center on Saturday afternoon.

The USF Bulls will try to break out of a logjam near the bottom of the AAC standings, sitting at 6-11 in conference play after a 79-67 loss to Cincinnati last time out. David Collins leads USF in scoring with 13.6 PPG while Laquincy Rideau has 12.7 PPG and 4.2 APG this season. Michael Durr leads the Bulls on the glass with 6.2 RPG and Justin Brown has 9.2 PPG for the Bulls as well this season. As a team, USF is averaging 62.7 points on 40.8% shooting from the field, 31.4% from 3-point range and 64.8% from the foul line while allowing opposing teams to average 62.8 points on 44.5% shooting from the field and 33.7% from 3-point range this season. USF is 9-7 straight up and 8-8 against the spread at home this season.

I’ve been down on USF for much of the season and it’s not much of a secret. However, while SMU’s been the better team for much of the year, all of the numbers here point the other way. SMU’s had issues both SU and against the number on the road and haven’t been all that convincing in their last few games, going 4-6 SU and 3-7 ATS in their last 10 games. USF had been decent at home up to this point and just playing better than SMU lately, so I’ll take the Bulls at home in this pick ‘em.