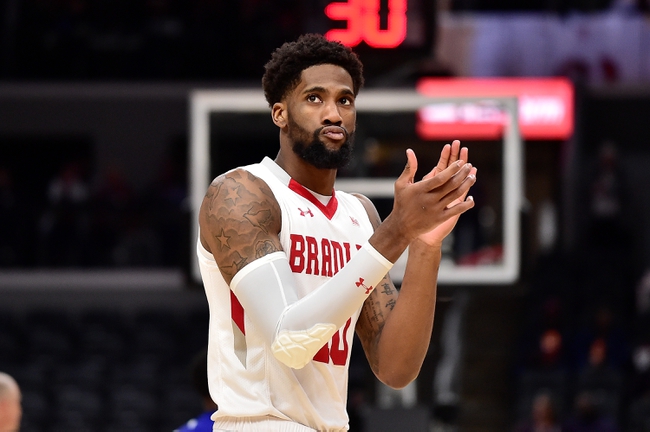 The Valparaiso Crusaders and the Bradley Braves meet in college basketball action from Scottrade Center on Sunday.

Over on the Bradley side, they’re 22-11 on the year. After losing their final pre-tourney game against Loyola IL, Bradley has since dispatched Southern Illinois and Drake to reach this round.

In the win over Drake Saturday, all five of the Bradley starters finished with double-digit points in a solid all-around effort. The scoring leader for Bradley there was Darrell Brown, who finished with 25 points, two rebounds, four assists and one steal to help the team move on.

Bradley put up a really nice and well-balanced game against Drake, and jumped out to a 44-35 lead by halftime. That was a good matchup for Bradley, and a promising showing after a relatively close 64-59 win over Southern Illinois in their first game of the tournament.

As for Valparaiso, they went on a nice scoring tear with 89 points versus Missouri State, and though things were tight at the half, the Crusaders posted a nice finish to keep things rolling. Things have been tight so far in this tournament but I’m on the Valparaiso bandwagon.