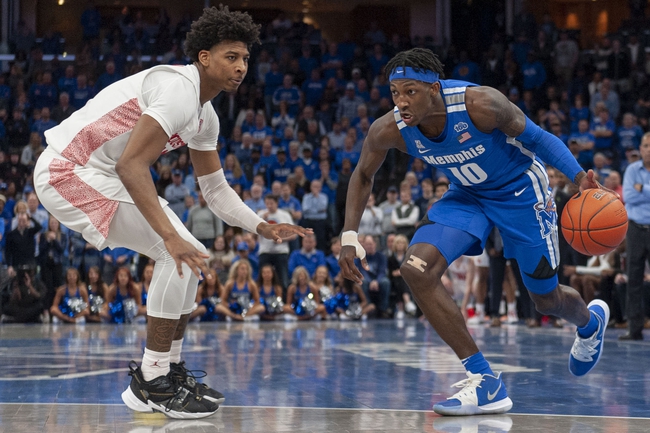 The Memphis Tigers and the Houston Cougars meet in AAC college hoops action from the Fertitta Center on Sunday afternoon.

The Memphis Tigers will look to finish the season on a high-note, sitting at 10-7 in conference play after a 68-60 win over Wichita State last time out. Precious Achiuwa leads the Tigers in scoring and rebounding by averaging a double-double per game with 15.5 PPG and 10.6 RPG while D.J. Jeffries has 10.8 PPG and Lester Quinones has 10.7 PPG. Alex Lomax leads Memphis in assists with 4.2 APG this season. As a team, Memphis is averaging 72.5 points on 44.2% shooting from the field, 33.2% from 3-point range and 67.8% from the foul line while allowing opposing teams to average 64.9 points on 36.1% shooting from the field and 28.1% from behind the arc this season. Memphis is 5-5 straight up and 6-4 against the spread on the road this season.

The Houston Cougars will look to end the regular season with a win and win at least a share of the AAC regular season title, sitting at 12-5 after a 77-71 loss to UConn last time out. Caleb Mills leads the Cougars in scoring with 13.5 PPG while Quentin Grimes has 12 PPG and Nate Hinton has a team-high 8.8 RPG to go along with his 10.5 PPG this season. DeJon Jarreau has 9.1 PPG and a team-high 3.7 APG for Houston this season. As a team, Houston is averaging 72.6 points on 42.5% shooting from the field, 33.9% from 3-point range and 73.3% from the foul line while allowing opposing teams to average 62.3 points on 38.3% shooting from the field and 28.8% from 3-point range this season. Houston is 13-2 straight up and 9-6 against the spread at home this season.

Head-to-head, the underdog is 5-1 ATS in the last 6 meetings between these two teams.

I get Houston being favored at home, but the problem I have is that Memphis has a lot to play for in their own right as well with plenty of playoff positioning at stake here. The underdog’s also had a lot of recent success in this matchup, and while they might not be outright wins, the last two meetings have been decided by a combined 4 points, including a 60-59 Memphis win just a couple of weeks ago. I just think this is a case of too many points, so I’ll take them with Memphis here.