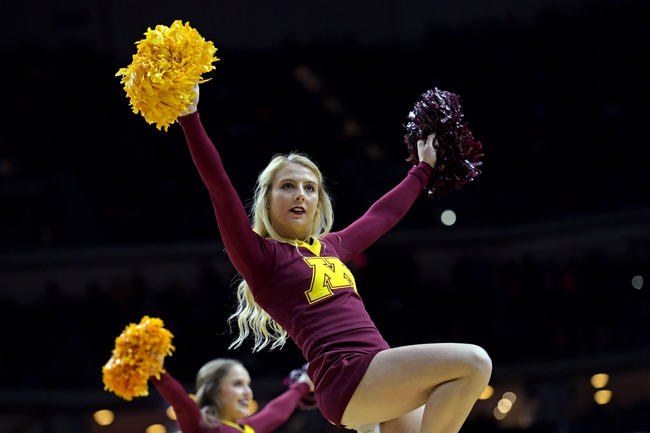 The Nebraska Cornhuskers and the Minnesota Golden Gophers meet in college basketball action from Williams Arena on Sunday.

Nebraska enters this one at 7-23 overall. Currently, Nebraska is flailing on a 15-game losing streak, falling to Michigan State, Illinois, Ohio State, Northwestern and Michigan in their last five outings.

In the loss to the Wolverines, Nebraska’s lead scorer was Haanif Cheatham with 19 points, five rebounds and two assists. Dachon Burke added 16 points with one rebound and one assist there, and Thorir Thorbjarnarson chipped in nine points, seven rebounds and one assist.

Over on the Minnesota side, they’re 13-16 this year. Since the last win versus Northwestern back on February 23, Minnesota has lost to Maryland, Wisconsin and Indiana in succession.

In the loss to Indiana, Minnesota’s Daniel Oturu posted a double-double on 24 points, 16 rebounds and one assist. Gabe Kalscheur was the only other Minnesota player in double-figures there with 14 points and two rebounds.

It’s been a rough run lately for Nebraska, who has been getting pummeled by a good Big Ten Conference. Oddly enough, Nebraska’s last win came against Iowa at home way back on January 7. Since then the Cornhuskers haven’t been able to do much of anything against anyone outside of a couple close games here and there.

As for Minnesota, they’ve had slightly more success recently but they’re spinning their proverbial wheels as well. There’s not a ton of intrigue or implications here, but this should be a pretty competitive matchup. I have to stick with Minnesota, even though the line here is pretty thick.