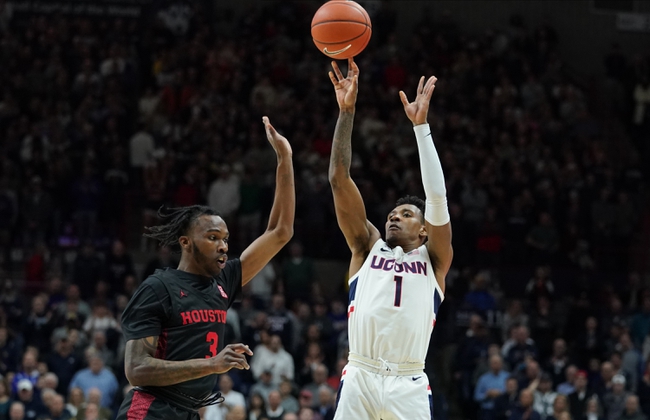 The UConn Huskies and the Tulane Green Wave meet in AAC college hoops action from the Devlin Fieldhouse on Sunday afternoon.

The UConn Huskies will try to finish the season on a high note after picking up a 4th straight win to improve to 9-8 in conference play after a 77-71 win over Houston last time out. Christian Vital leads the Huskies in scoring and rebounding with 16 PPG and 6.3 RPG while James Bouknight has 13.2 PPG and Alterique Gilbert has a team-high 3.8 APG this season. As a team, UConn is averaging 72.6 points on 41.9% shooting from the field, 33.6% from 3-point range and 74.2% from the foul line while allowing opposing teams to average 66.7 points on 41.2% shooting from the field and 33.2% from 3-point range this season. UConn is 2-7 straight up and 5-4 against the spread on the road this season.

The Tulane Green Wave will simply be looking for a confidence win, sitting in the basement of the AAC table after falling to 4-13 in conference play with a 74-67 loss to Memphis last time out. Teshaun Hightower leads Tulane in scoring with 16 PPG while Christion Thompson is 2nd in scoring with 13.9 PPG as well as team-highs of 6.4 RPG and 2.9 APG this season. K.J. Lawson also has 13.3 PPG for the Green Wave this year. As a team, Tulane is averaging 68.1 points on 40.1% shooting from the field, 33.5% from 3-point range and 70.9% from the foul line while allowing opposing teams to average 70.6 points on 45.4% shooting from the field and 34.3% from 3-point range this season. Tulane is 7-6 straight up and 5-8 against the spread at home this season.

Head-to-head, the underdog is 5-2 ATS in the last 7 meetings between these two teams.

I get why the points with Tulane at home on Senior Day would be tempting, but the problem is the Green Wave ending up in the AAC cellar is no fluke as this just isn’t a very good basketball team. The talent is there for Tulane, but the Green Wave just couldn’t put it together and it’s too late to really remedy anything now. UConn on the other hand, is picking up steam at the right time, and f we’ve ever learned anything about UConn in the past, it’s that the Huskies are a dangerous team in March as it is, and the threat only gets greater when UConn has some momentum like they do right now. I expect UConn to put the hammer down on Tulane and pick up the win and cover to get an extra bit of momentum heading into the conference tournament.