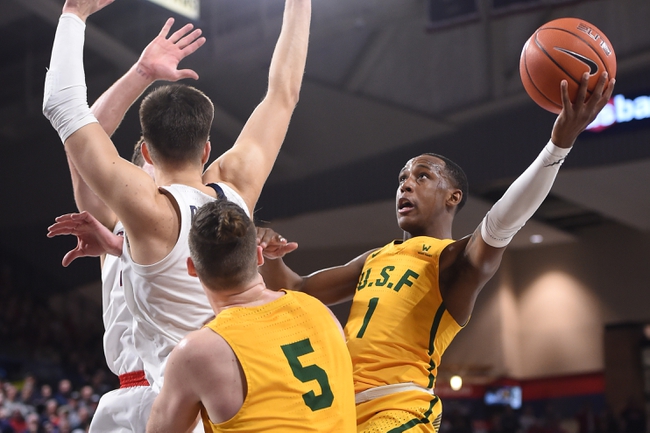 The San Francisco Dons and Gonzaga Bulldogs meet Monday in the college basketball WCC Tournament at the Orleans Arena.